No Active Widgets in Sidebar Alt

Study abroad: 4 countries where you can study for almost free 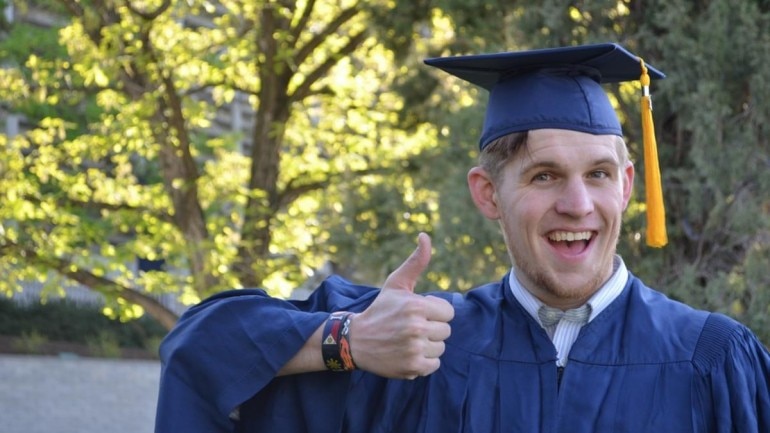 Germany is a popular example due to zero tuition fees for studying in public universities.

The population of India is increasing by 1 percent every year. The corresponding increase in resources for this new population isn’t really advancing at the same pace, which continues to create a lot of misalignment in resources allocation, jobs, and higher education.

The government is trying their best to increase the number of IITs and IIMs in the country, we see a rare A-grade private college pick up every 5 years thanks to some philanthropists, but again, it’s just not enough. So how do you solve this macro problem for India?

It starts with the belief of ‘Vasudhev Kutambukum’, meaning ‘the world is a family’. This new world comes with opportunities in higher education and careers across borders and as tribe that smells an opportunity from quite some distance, its time for India to be way ahead of the trend! It’s time for Indians to dominate the global scenario. And it starts today, with being open to studying diverse programs, all across.

Now, the important consideration taken into account while considering studying abroad is the cost. In light of this, many government bodies have passed regulation and adopted measures to decrease the cost of getting an education abroad. Their motivation is stemmed from the fact that international student footfall will translate to increase in the economic activity, labour force, and competitive spirit in the local youth. There are countries that have made their education cost so negligible that it is almost free to study there.

Germany is a popular example due to zero tuition fees for studying in public universities. The fees only consist of a minimal administrative fee of 150-250 that approximately amounts to Rs 11,790- 15,719 which is equivalent to the fee Indian Students annually pay for Delhi University, one of the cheapest and yet best.

In addition, some of the lesser known countries providing almost free education are:

A modern society rooted in the idea of equality, Norway’s universities believe in developing high-quality education while recognizing the importance of using their abundant resources to create a structure where both native and international students can study in academically brilliant public universities irrespective of their societal and economic background constraints. The only requirement is that the student should be proficient in Norwegian as most UG courses are taught in that language and the country is a bit expensive for living.

While Poland only offers free courses at full-time higher education courses to Polish students and those belonging to EU/ EEA nations, they offer a variety of scholarships to foreign nationals and their fee is considerably low when placed next to other European and States colleges.

Higher Education in the Netherlands, though not free is highly subsidized by the Dutch government making it a viable option for international students. It provides various programs in both Dutch and English and different scholarships too. Pre 2017 all those studying at state-run Finnish universities would pay no tuition fees. Now, post the revision of fee, all those studying in English programs at graduate and postgraduate levels need to pay approximately $1,700 or more per year depending on their course but those enrolled in Doctoral level or in Finnish/ Swedish courses still continue to study free of tuition fees. The government offers a variety of scholarships and financial aid for international students with the extraordinary academic record.

It is only the beginning for international education, as an industry, and it will continue to solve macro-economic problems for a host of countries like India. It’s time we pay attention to it and grab our chance to accelerate our careers.